Israel Kirzner and the "European Miracle" 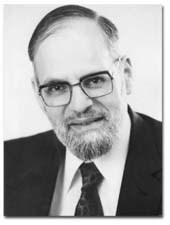 Professor Israel M. Kirzner, more than any other economist of the Austrian School (and among economists in general) since the second half of the 20th century, has revived our understanding of the systematic role of the entrepreneur as the driving force of the market as a process of discovery, error correction, and learning (Kirzner 1973). The economist’s task, according to Kirzner (1963 [2011], p. 10), in “explaining what has happened in the real world, or in predicting the likely consequences in the real world of a particular event, the economist thus combines theory with empirical fact.” Thus, economic theory itself is not reality; rather, it is a tool for understanding reality. Its importance rests not only on the internal validity of its propositions, but also, more importantly, on the soundness and applicability of its propositions to understanding the manner in which economic history has unfolded.

“Given that, for most of its history, Europe was both a cultural and technological backwater compared to China, this empirical fact presents a puzzle that cannot be explained solely by a Schumpeterian account of entrepreneurship.”

Baumol’s central claim is that the relative allocation of entrepreneurship between productive, unproductive, or destructive activities “depends heavily on the rules of the game—the reward structure in the economy—that happen to prevail” (1990, p. 894). Thus, entrepreneurship is ubiquitous, but its manifestation is institutionally contingent (Boettke and Coyne 2003). By his own admission, however, the Schumpeterian entrepreneur, according to Baumol, is an incomplete understanding for explaining, in the words of Eric Jones, “The European Miracle” (1981 [2003]). Given that, for most of its history, Europe was both a cultural and technological backwater compared to China, this empirical fact presents a puzzle that cannot be explained solely by a Schumpeterian account of entrepreneurship. This is admitted by Baumol, who provides a Kirznerian answer as to why this is the case:

The unintended, and unexpected, economic transition of the West from subsistence to exchange was fundamentally predicated on creative arbitrage, namely (as Baumol puts it), innovative acts of technology transfer by arbitraging it from one geographic location (with a less valued use) to another geographic location (with a more valued use). These creative acts of arbitrage were facilitated by Kirznerian productive entrepreneurship, which had been uniquely adopted to the commercial demands of European commerce, and facilitated by political fragmentation and interjurisdictional competition. The result of jurisdictional competition, which redirected the relative allocation of entrepreneurship toward productive activities, expanded the scope of productive specialization and exchange through adoption of existing technology that created the conditions for economic calculation. As Rosenberg and Birdzell state this point:

For more on these topics, see “Competition and Entrepreneurship: The Fountainhead of the Contemporary Austrian School,” by Steven Horwitz, Library of Economics and Liberty, December 7, 2020; and the EconTalk podcast episode Thomas McCraw on Schumpeter, Innovation, and Creative Destruction. See also “A Conversation with Israel Kirzner”, a video interview at Econlib; and the biography Israel Kirzner in the Concise Encyclopedia of Economics.

Just to name a few such technological adoptions which were arbitraged from existing technology from China, but “created” for the unique commercial purposes in Europe, include bills of exchange and double-entry bookkeeping. Werner Sombart, professor of the Austrian economist Ludwig Lachmann, has gone so far as to say that “One cannot imagine what capitalism would be without double-entry bookkeeping” (1953, p. 38). Thus, the technologies that were adopted to Europe were transformed to create something that had not otherwise been seen in humanity before on such a wide scale: the transformation of competition from a form of violence to competition in the form of productive specialization and exchange. The resulting transition from poverty to wealth is a fundamentally a Kirznerian story, one that economic historians can discover, learn from, and use as an intellectual profit opportunity to correct for existing misinterpretations in economic history.

[1] Baumol as well was the 2003 recipient of the International Award for Entrepreneurship and Small Business Research.

* Rosolino Candela is a Senior Research Fellow and a Program Director of Academic and Student Programs, as well as a Senior Fellow of the F.A. Hayek Program for Advanced Study in Philosophy, Politics and Economics at the Mercatus Center.

Coming out of the COVID-19 pandemic, we've seen an alarming increase in proposed scope of practice expansions. The American Medical Association is unrelenting in opposing these expansions on your behalf to ensure patient safety at every turn. We are determined to ensure that patient care is led by highly trained physic...

I've held off writing an obituary for George Smith because I wasn't sure that the obituary friends pointed to was truly of him. But David Boaz has convinced me that it was. I had lost touch with George and so I didn't know that he had moved to Bloomington, Illinois. David Boaz's obituary of George is an excellent summ...

The CMS is Right and the WSJ is Wrong

I find it refreshing when a government agency says no to spending more money. Last month, in an editorial titled "Sandbagging an Alzheimer's Treatment," the Wall Street Journal editors criticized the Centers for Medicare and Medicaid Services for refusing to pay for Biogen's new Alzheimer's drug, Aduhelm. In their ed...

Alan Reynolds beat me to it, with an excellent analysis of the latest inflation numbers. Alan notes that "CNBC, like others, reported that 'The consumer price index accelerated 8.3% in April.'" No it didn't. It rose by 8.3 percent from the same time last year. But the CPI rose by 0.33 percent in April. Compare that to...

Wipe Out the Benjamins?

A $100 bill, if you can keep it. In the May 9, 2022 Wall Street Journal, Markos Kounolakis, a visiting fellow at the Hoover Institution, a former Moscow correspondent for NBC Radio, and the “second gentleman” of California, writes that he wants to hurt Russians by rapidly phasing out the U.S. $100 bills that many o...

This weekend I watched a CBS Sunday Morning show that I had taped a few weeks ago. There was a fairly depressing segment on the cost of child care versus the amount of money a parent, typically a woman, could make. The solution that one of the interviewees advocated was higher government subsidies for children. She mis...

Lessons and Challenges in The Limits of Libert...

James Buchanan is not easy to categorize. Is he a libertarian? A classical liberal? A conservative? Or perhaps even a "liberal" in the modern American sense of "progressive" or "social democrat"? Is he an economist or a philosopher? It is paradoxical but not totally wrong to answer "all of the above," so complex and ri...

I never have trouble remembering Friedrich Hayek's birthday (May 8) because it's the same day as my late sister's birthday and the same day as VE Day. Here's a link to some reminiscences of the first time I met Hayek. A highlight from that link: In June 1975, when I attended the second Austrian conference in Hartford,...

In response to my post titled "Who's Responsible for Student Loans?" April 28, 2022, frequent commenter Vivian Darkbloom wrote: At the risk of keeping this too simple, I’d say it’s the person(s) signing or co-signing the loan agreement. I LedOL when I saw this. It reminded me of something I read when I was 18 and w...

Don't Just Stand There: Undo Something

“Something must be done. This is something. Therefore we must do it.” Those are my favorite three linesfrom Yes, Prime Minister, a British comedy series about politics. Most politicians who face a problem think that “something must be done.” Unfortunately, they tend to reach the same conclusion that the adviser...

Seriously, FDA? The Food and Drug Administration decided yesterday to strictly limit"who can receive Johnson & Johnson's COVID-19 vaccine." Why? Because of "the ongoing risk of rare but serious blood clots." How rare but serious? Matthew Perrone and Lauren Neergaard, in "FDA restricts J&J's COVID-19 d...